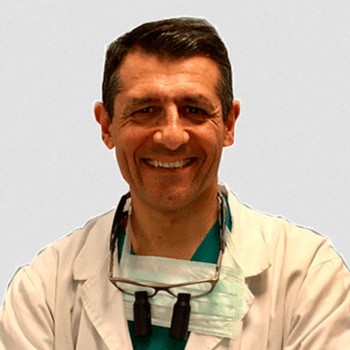 In the period 1983-2001 he completed his clinic training at the ENT Dept. of the University of Turin , as a resident of Prof. Alberto Sartoris
From 1999 to 2001 , always in the same University Dept., he directed the Unit of Preventive and Clinical Oncology ( B2s position)
Since July 2001 he became Chief of the ENT Service at Martini Hospital of Turin
From December 2002 to April 2003 also holds the positions of Medical Director of the Hospital Martini
In December 2010 he was assigned the role of Associate Professor of Otolaryngology at the University of Cagliari
Since April 2011, following the call at the Faculty of Medicine of Turin San Luigi Gonzaga, he became Associate Professor of Otolaryngology at the University of Turin and Chief of the University ENT Service at San Luigi Gonzaga Hospital together with the Head and Neck Oncology service at Candiolo Cancer Institute – Turin.