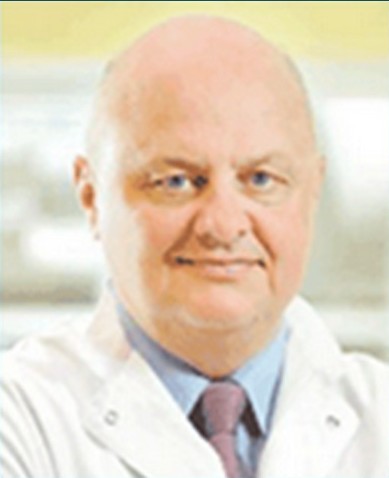 Wojciech Golusiński is Professor and Chairman of the Department of Head and Neck Services of the Poznan University of Medical Sciences at the Greater Poland Cancer Centre. For many years, he has been one of the most internationally recognized Polish head and neck surgeons. Currently he holds the position of President of the European Head and Neck Society (EHNS), and before he served as the society’s’ General Secretary. He is a long time member of the EHNS and has been involved in its flagship projects, such as the Make Sense Campaign, robotics, and HPV research. As part of the Make Sense Campaign, he has been responsible for the education of health care professionals in Europe. Particularly to raise awareness of head and neck cancer among them.

Professor Golusiński’s field of expertise includes head and neck surgery, especially reconstructive microsurgery, and transoral endoscopic surgery. His research interests focus mainly on prevention of head and neck cancer and the role of HPV infection in cancerogenesis, as well as cancer markers.

Wojciech Golusiński is also the initiator and founder of the Polish Programme of Head and Neck Cancer Prevention. It is the first European programme that introduces screening test in populations with increased risk of head and neck cancer.

Wojciech Golusiński is the author of more than 200 articles, case studies, book chapters and lectures. They focus largely on cancerogenesis factors and markers in head and neck cancer with particular consideration of cancer cell biology in laryngeal cancer, functional endoscopic surgery of nose and sinuses, current methods of imaging in otolaryngology, psychooncology in laryngological oncology, and new surgical approaches and prevention in head and neck cancer.