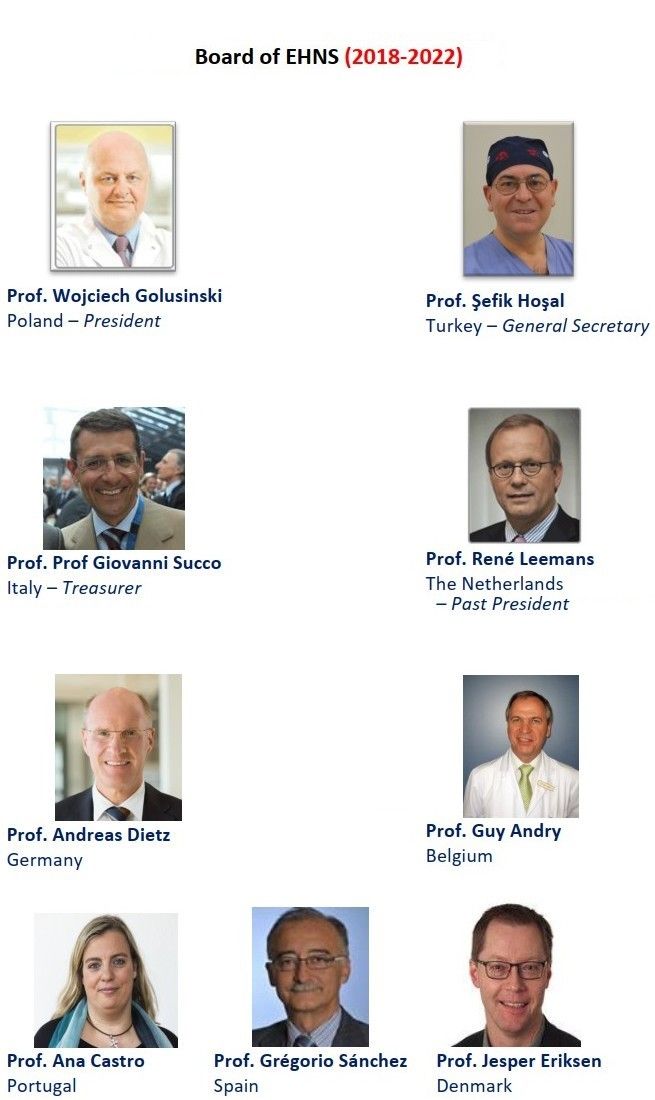 The EHNS has brought together experts across Europe from different disciplines on head and neck cancer. The society is still growing. There were new applications for a membership in 2019. Membership of Armenia (Knowledge-based Society NGO), Israel (Israeli Society for Head and Neck Oncology and Surgery) and Belarus (Belarussian HNS) were accepted by the EHNS Council. There are currently 25 member societies from 31 countries.

At present, EHNS is one of the largest societies on head and neck cancer and includes a membership of almost 2700 individuals from participating societies.

One of the major initiatives of EHNS celebrated its seventh year in 2019. The Make Sense campaign saw more people participate last year than ever before. A record-breaking 23 countries spanning from Brazil in the west to Russia in the east took part in this year’s Awareness Week, including new additions to the Campaign in Armenia, Belarus and Serbia to encourage earlier diagnosis and referral, ultimately with the aim of improving patient outcomes. On a global level, the FAQ Discussion Guide was launched, new survivor cookbook recipes were published, the Unrecognisable digital campaign was continued and expanded after its successful debut in 2018 and another productive event was held in EU Parliament in collaboration with the European Cancer Patient Coalition (ECPC).

The Campaign was executed across multiple countries, reaching more than 1.502.000 people of Facebook and achieved over 645.000 impressions on Twitter. 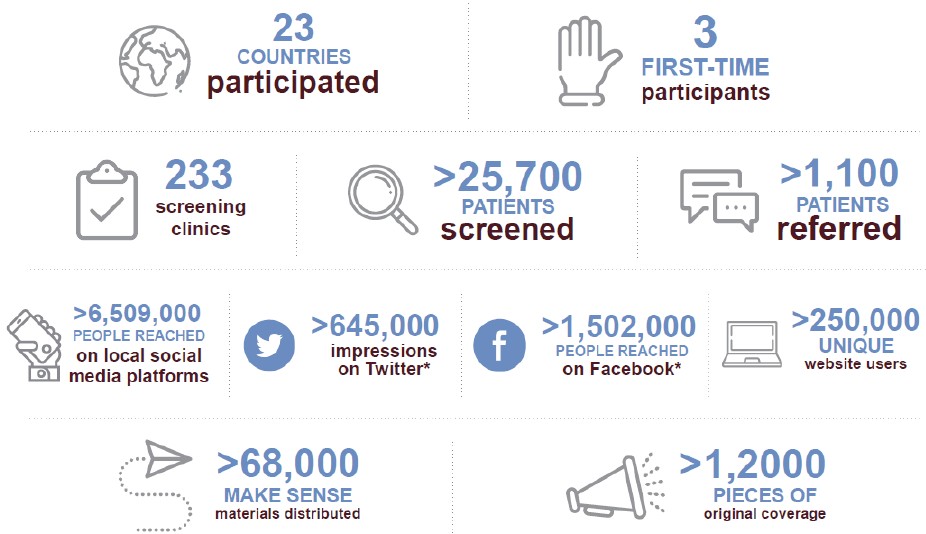 The success of the Make Sense campaign would not be possible without our ongoing partnerships with committed stakeholders, both on national and European levels. We would like to thank for ongoing Make Sense activities below.

7th International Conference on innovative approaches in HEAD & NECK ONCOLOGY (ICHNO) was successfully co-organized by ESTRO, ESMO and EHNS in Barcelona, Spain from 16 to 18 March. Professors Hans Langendijk, René Leemans and Jean-Pascal Machiels co-chaired the meeting. ICHNO 2019 brought together over 600 participants from 53 countries including surgeons, radiation oncologists and medical oncologists, as well as pathologists, biologists, epidemiologists, physicist, and statisticians around the world.

In 2019 two important activities were successfully organized under auspices of EHNS.

3rd EHNS Workshop on Robotic Surgery in Head and Neck was organized in London on November 21-22, by Prof. Vinidh Paleri

The society decided to have an official office in Istanbul and Ms. Ilke Incekara has become Secretariat.

Official collaboration between EHNS and EORTC has been started on European and International cooperation, education, common projects, collaboration in clinical trials and publications.

The official bi-annual EHNS meeting 9th European Conference on Head and Neck Oncology – ECHNO (https://www.echno2020.brussels), will be held on May 6-9, 2020 in Brussels. The meeting will be organized by Co-Chairmen Professors Guy Andry and Frederic Duprez. ECHNO is the leading multidisciplinary platform for presenting the current state-of-art in management, as well as the latest and innovating research in the field of head and neck oncology in Europe. The ECHNO conference is always a great opportunity to meet and network with your colleagues and a unique setting of multidisciplinary contacts.
The congress will take place in the center of Brussels, the very heart of Europe. The "Brussels Square Convention and Meetings Center" is situated on the imposing "Mont des Arts" with a magnificent view over the historical center of Brussels. 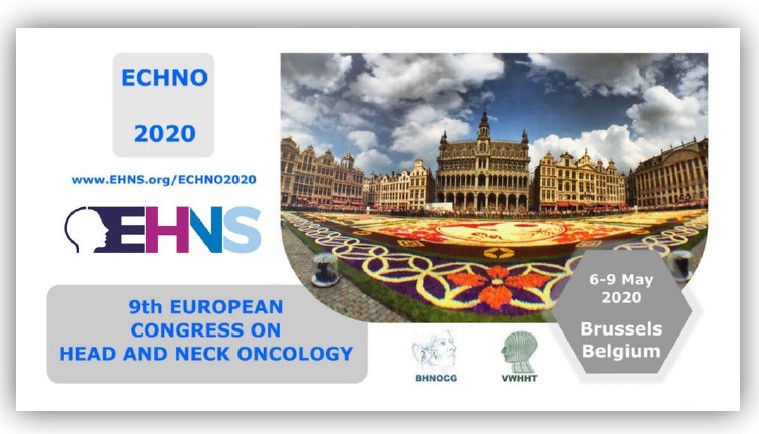