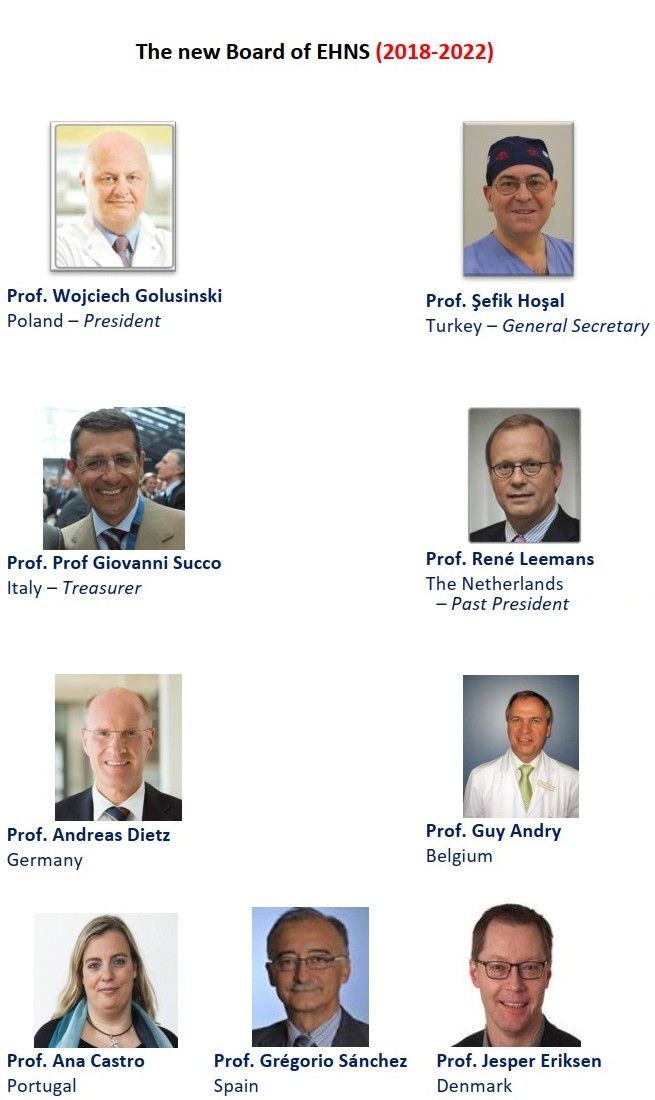 With the beginning of a new year, we would like to share the highlights of 2018. It was a productive and rewarding year for EHNS.

To begin with, the highlight of the year was the election of new EHNS Board and 8th European Conference on Head and Neck Oncology in Rome, Italy in 11-14 April 2018.
During the Congress, the EHNS Board Meeting and the EHNS Council Meeting took place, chaired by René Leemans and Wojciech Golusinski. The General Assembly unanimously elected Wojciech Golusinski, Poland as President of EHNS, Sefik Hosal, Turkey as Secretary General, and Giovanni Succo, Italy as Treasurer. Please find below the EHNS Board from 2018 to 2022. The current board of EHNS again represents multidisciplinary composition including head and neck surgery, oral and maxillo-facial surgery, radiation oncology and medical oncology. It was also decided that the 9th EHNS Conference will be held in Brussels, Belgium in 2020 under the chairmanship of Guy Andry.

The EHNS is a “Society of Societies” and is still growing. There were new applications to be a membership of EHNS. Serbia (Serbian Association of Head and Neck Oncology), Romania (Romanian Society of Oncological Pathology of Head & Neck), Switzerland (Swiss Head and Neck Society), Czechia (Czech Head and Neck Cancer Cooperative Group), Baltic Countries (Baltic States Head and Neck Oncology Association - Lithuania, Latvia, Estonia) were accepted unanimously. There are currently 21-member societies from 28 countries. At present, the number of individuals from participating societies reaches up to 2500. The EHNS is now one of the biggest societies on head and neck cancer with its composition. 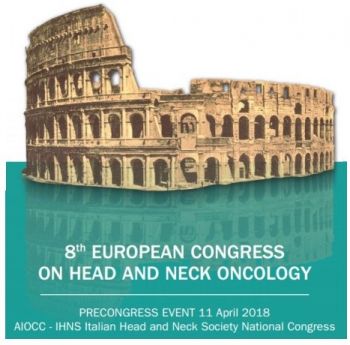 Prof. Giuseppe Spriano was the Chairman of the congress. There were 745 attendees from 59 countries around the world. A one-day pre-congress event was organized by the AIOCC-IHNS focusing on quality assurance, innovation and tech revolution in H&N Oncology. Leading clinicians from Italy, Belgium, The Netherlands, Switzerland and USA presented their experience and ECHNO 2018 Rome ITALY 11-14 April4 discussed key issues of the subjects with the audience.

The Honor Guest Lecture “Inflammation & Head and Neck Tumors” was delivered by Professor Alberto Mantovani. At same day Professor Randall S. Weber gave the Presidential Lecture on "Quality improvement in Head and Neck Surgery: How to become a better surgeon?” The main scientific program of the congress included five invited lectures by world leaders on “Immunotherapy”, “Liquid biopsies in head and neck cancer”, “Strategies to address anti-PD1 resistance in HNSCC”, “Rehabilitation based Bony reconstruction”, “Value based health care in head and neck cancer”. 55 free papers were presented, and 117 E-poster were displayed throughout the meeting. Rome, the eternal city, with its numerous historical sites and its rich culture, was the perfect venue to host this Event. The social program was nothing else than outstanding. We would like to thank to conference President Prof. Giuseppe Spriano and the entire team for organizing such a successful meeting. 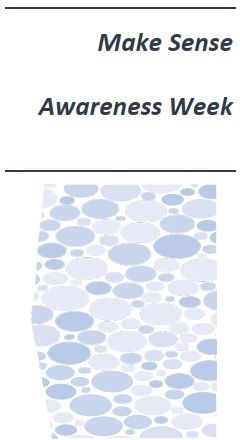 Celebrating its sixth year in 2018, the Make Sense campaign saw more people participate last year than ever before. Over 200 people from 15 countries across Europe and Brazil planned and executed activities to drive awareness of head and neck cancer, encourage earlier diagnosis and referral, ultimately with the aim of improving patient outcomes.

The year kicked-off with the Make Sense Summit in Amsterdam in January. Over 40 campaign participants attended, including the Steering Committee, country EHNS representatives, patients, physicians, professional organizations and industry sponsors; and represented the perfect opportunity to discuss the current state of head and neck cancer in Europe and identify the future direction of the Campaign and activities.

The Summit led to the development and launch of the digital campaign, Unrecognisable, which was created to highlight that not only do head and neck cancers not get the attention they deserve from the public, but they can also leave patients feeling unrecognisable. The Campaign was executed across multiple countries, reaching more than 35,000 people of Facebook and achieved over 127,000 impressions on Twitter.

The Secretatiat are currently working with the EHNS Steering Committee to finalise the 2019 plans, but to find out more about the Campaign and how you can get involved, please contact the Secretariat: secretariat [@] makesensecampaign.eu 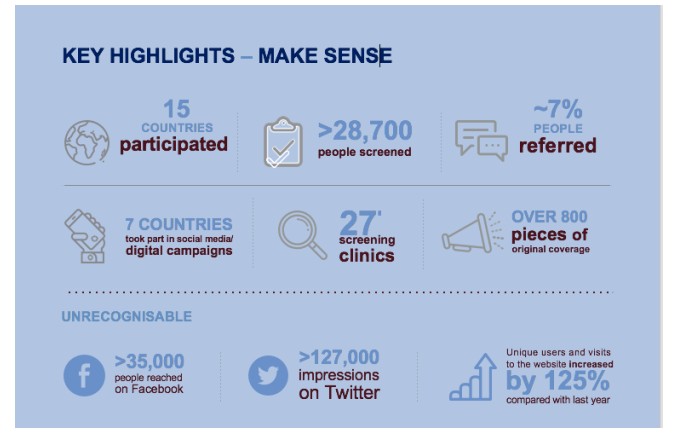 Head and neck cancer treatment is multifaceted and complex, and so is life after treatment. We are proud to be partners with a campaign that works so closely with patients, putting their interests at the core in order to improve outcomes. Many thanks sincerely to Make Sense Group - Karley Ura, Rachel Perkins, Sophie Bullock, Edward Brighton; and Industrial Support from Merck, Norgine and Bristol-Myers Squibb for such a valuable campaign.

On the 16-19 11th Annual European Head and Neck Course was held in Birmingham, UK. This three day course covered the current management of head and neck in multidisciplinary approach along with the role of trans-oral and robotic surgical techniques in head and neck.