In early 2006, the official documents to establish the European Head and Neck Society (EHNS) were signed by its founding Board in Brussels, Belgium. This is the final result of a road towards a true European multidisciplinary platform on head and neck tumours. Herein we aim to bring this new organisation to the attention of the readers of ENT News. 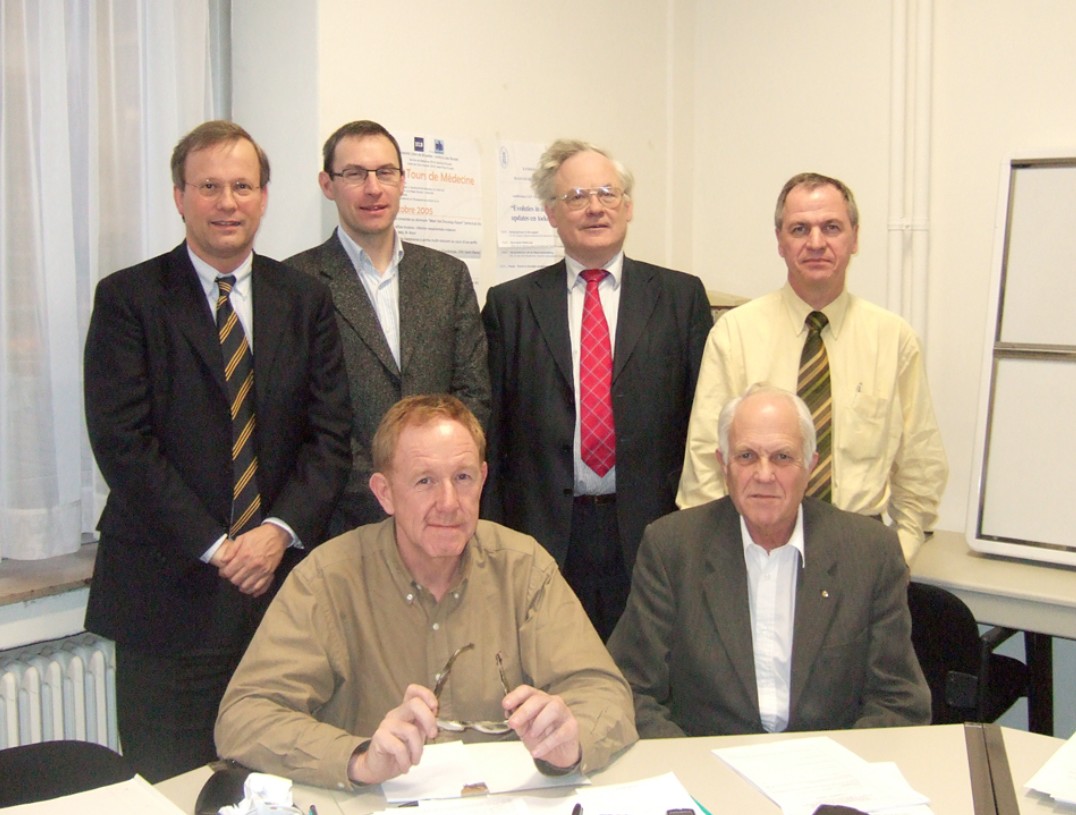 In many European countries, separate head and neck oncology societies or working groups are active. For the past couple of decades, the British, Dutch and Scandinavian societies of head and neck oncologists have held periodic joint scientific meetings that have been of a high standard and mutually beneficial. Many felt a strong desire to widen this activity to Europe as a whole and to provide to all specialists involved in head and neck cancer a common platform to meet and discuss together. In order to assess the feasibility of such a European venture, it was decided to convert the three societies' meeting into the First European Conference on Head and Neck Cancer in the French city of Lille in November 2001. This venue was chosen because of its excellent transport connections and facilities, as well as for its history and of its own work in the field of head and neck cancer. Four main topics in the field of Head and Neck Oncology were selected and discussed from a European perspective: epidemiology, oropharyngeal carcinoma, novel diagnostic methods and therapies, and quality-of-life issues. The content, attendance (from 19 different European countries) and facilities were all regarded as highly successful. During the business meeting, a consensus rose on the need of this kind of European society as a 'society of societies' (ie. a common body of national head and neck societies).
Two years later, the equally successful Second European Conference on Head and Neck Cancer was hosted in Lille again, with the subtitle 'towards a European Head and Neck Cancer Society'.1 The respective presidents of the European national societies (or their representatives) here discussed the form and structure of the new EHNS. A founding board was given the task to organise its inception and to do everything in the interest of the new society until an elected board was in place.

The intent of the EHNS is to promote exchange of knowledge in all aspects of head and neck neoplastic diseases and to promote the highest standards of research, education and training, disease prevention and patient care. It is a multi-disciplinary body bringing together clinicians (eg. head and neck/oral/plastic surgeons, radiation therapists, medical oncologists, imaging specialists, pathologists), other health professionals (eg. speech therapists, cancer nurses, psychologists, physiotherapists, dieticians, social workers), basic scientists and patients organisations involved in any aspect of Head and Neck Oncology.
A European Conference on Head and Neck Oncology (ECHNO) will be organised regularly. Selection of the organising society is decided by a vote of the Board after a call for candidatures. The Board must ensure a fair geographic rotation throughout Europe for the organisation of these ECHNOs. The organising society is responsible for the financing of the ECHNO.

The EHNS is registered in Belgium as an international nonprofit association under Belgian law. The EHNS is composed of individual persons, national and multi-national societies, and associated study groups oriented towards head and neck cancer research, training and treatment throughout Europe. Individuals from elsewhere in the world are also welcome to apply for membership. The board scrutinises and approves the membership applications.

The intent of the EHNS is to promote exchange of knowledge in all aspects of head and neck neoplastic diseases and to promote the highest standards of research, education and training, disease prevention and patient care.

A Board shall govern the EHNS. The Board consists of a president, a president-elect, a general-secretary, a treasurer, eight members (one each of: a surgeon, radiation therapist, medical oncologist, imaging specialist, pathologist, basic scientist, other health professional, and a representative of a patients organisation). The Board members are elected for four years and may be re-elected only once with the exception of the president who cannot be re-elected. Elections are organised every four years during the general assembly after a call for candidatures and via a secret vote by all members in good standing. A nominating committee (consisting of the president-elect, the secretary, and three members from outside the Board elected by the general assembly) will prepare the elections. At the end of his or her term, the president gets a past-president position for four years on a non-voting basis to insure the continuity of the EHNS. The treasurer must annually present a financial report to the Board for approval. This approved report is thereafter sent to each member society or group to be presented and discussed during the respective executive councils of these societies or groups. A global report will be presented during at general assembly during the ECHNO. The secretariat of the EHNS will communicate with members via the secretariat of member societies, associated study groups and patient's organisations, or directly with individual members. A website (www.ehns.org) will be instituted that will successively include information for the workers in the field of Head and Neck Oncology in Europe.
Until the Third ECHNO, the founding board will consist of the organising committee of the first two European conferences. These individuals (Figure 1) are Jean Louis Lefebvre (Lille, France), President, Rene Leemans (Amsterdam, The Netherlands), General-Secretary, Guy Andry (Brussels, Belgium), Treasurer and Jan Olofsson (Bergen, Norway, representing Scandinavia), Patrick Bradley (Nottingham, UK), who replaced Newell Johnson in 2004, and Dominique Chevalier (Lille, France) as members. Advisors are Niel Aaronson (other health professions, The Netherlands), Minerva Becker (medical imaging, Switzerland), Eli Julseth Birkhaug (patients organisations, Norway), Volker Buchach (Radiation Oncology, Germany), Bernard Duvauchelle (Maxillofacial Surgery, France), Lisa Licitra (Medical Oncology, Italy), Krzysztof Szyfter (Basic Sciences, Poland), and Julia Woolgar (Pathology, UK). Before the Third ECHNO, to be held in 2008, a call for candidatures will be organised.

Membership dues last until the next general assembly, at which time new dues will be set upon approval. Individual membership is offered pending a membership fee paid directly to the EHNS treasurer each year. In the case of existing national societies entirely or mainly devoted to head and neck tumours, the society will become a society member pending a certain amount per capita registration fee paid each year by the society to the EHNS treasurer. National or international study groups may be associated members as a whole, on a voluntary basis, pending an annual registration fee. Patients organisations may be members of EHNS. There is no registration or membership fee for these organisations.

In 2007, the European Head and Neck Society (EHNS) and the European Society for Therapeutic Radiology and Oncology (ESTRO), under the auspices of the FECS (Federation of European Cancer Societies) and in collaboration with other European partners, are organising an international meeting on innovative approaches in Head and Neck Oncology in Barcelona, Spain, on February 22nd-24th, 2007. The emphasis will be on multi-disciplines and innovation, and this meeting will specifically cover the following topics: Molecular Targeted Therapies, Minimally Invasive Surgery, Reconstructive Surgery, Radio-chemotherapy, IMRT, Molecular Imaging, Molecular Pathology, and several clinical controversies.
The Third ECHNO will be held in Zagreb, Croatia, in 2008. Here a board will be elected after a call for candidatures.